Serving with compassion and respect
Schedule a free consultation 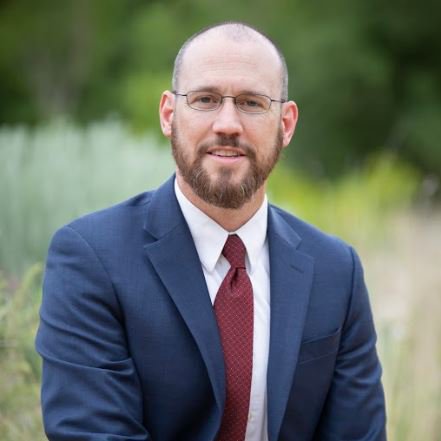 He’s a native New Mexican, a Military Veteran, and a devoted husband and father.

Now, Kevin is available to represent injured New Mexicans and their families in New Mexico.

Kevin was the captain of the school’s mock trial team, and his classmates gave him the Clarence Darrow Award–selecting him as the classmate they would call if they ever needed a lawyer. He also won the A.H. McCleod and J. Roehl prizes for excellence in trial advocacy.

Kevin’s first job out of law school was as an attorney-law clerk for Chief Justice Charles W. Daniels on the New Mexico Supreme Court. Kevin served as a law clerk for Chief Justice Daniels for two years, helping draft opinions that would become the “law of the land” in New Mexico’s highest court. Kevin’s experience as an appellate law clerk gives him an advantage in cases at all levels. He knows how to take a case all the way to the top, and he knows what to do in a trial to make sure the jury’s verdict stands.

After serving as a law clerk at the New Mexico Supreme Court, Kevin became a prosecutor in Albuquerque, where he prosecuted serious violent offenses including murders, rapes, kidnappings, and armed robberies. Kevin gained substantial trial experience while serving as a prosecutor. He tried more than twice as many cases as the average prosecutor at the time, and he quickly gained a reputation as a talented trial advocate who was to be respected.

After Kevin gained significant trial experience, the UNM School of Law invited him to be an adjunct professor. For years now, Kevin has co-taught Trial Practice Workshop, instructing the next generation of trial lawyers while honing his own trial skills at the same time.

After serving as a prosecutor, Kevin joined the office of McGinn, Carpenter, Montoya, & Love, PA, where he worked under the guidance and tutelage of legendary trial lawyer Randi McGinn and the other stellar plaintiff’s attorneys there. It was there that Kevin learned how to investigate and prosecute cases on behalf of injured people, and he has taken the invaluable lessons learned there and brought them to his own practice.

After two great years with MCML, PA, Kevin returned to public service as a prosecutor before starting Holmes Law Firm, P.C., where he fights insurance companies and big corporations every day on behalf of ordinary New Mexicans.

REACH OUT
TODAY FOR HELP

TELL ME ABOUT YOUR SITUATION